Companion Platforms: The Future of Reimbursement in the Chronic Disease Space 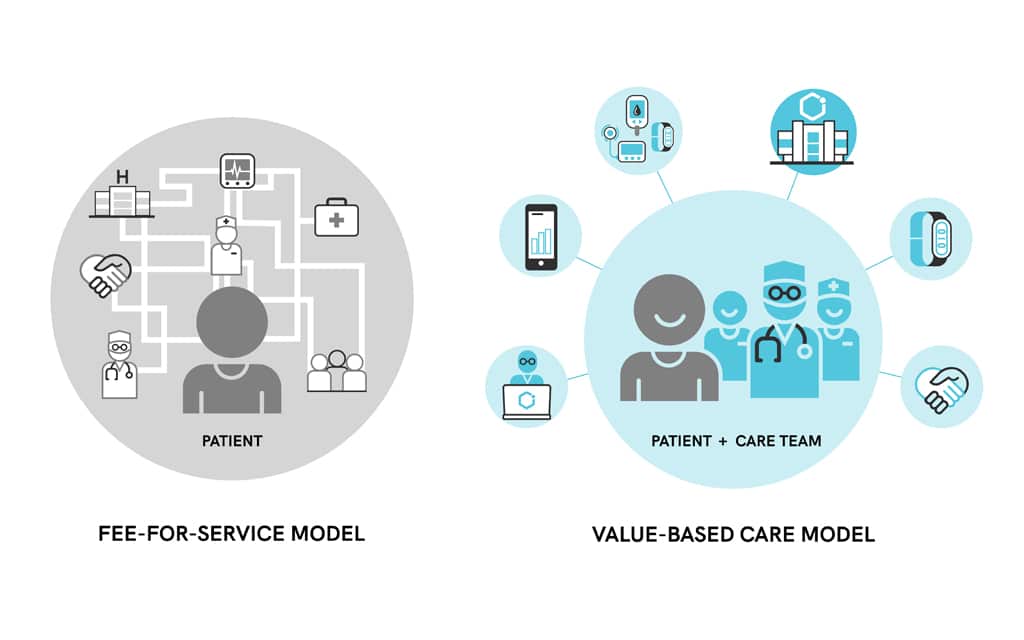 I have previously written about the failure of the healthcare ecosystem to correctly incentivize and reimburse providers when it comes to managing chronic diseases such as diabetes and obesity.

As technologies and therapeutics in this space have rapidly evolved, the reimbursement mechanism has become more complex. CPT codes are nonexistent for many of these products, and insurance plans continue to exclude or reject new benefits for their members — whether they are devices, services, or therapeutics — despite the overwhelmingly positive body of evidence that has been published.

The future of chronic disease management is where providers will be paid for what they achieve, not what they do. As opposed to a fee for service, a performance fee is an eventual certainty. Only transparent and innovative providers who report the best outcomes at the highest value will earn the trust of regulators, patients, and payers when it comes to large-scale management of chronic diseases. The long-term value must be emphasized, not short-term costs, as the ROI on managing chronic diseases cannot be measured in months but rather over the years.

In a fee-for-performance model, providers will do whatever is necessary to produce better outcomes and use whatever products or technology is out there, as long as the evidence and guidelines on its use are clear. In theory, the deployment of such devices, platforms, and therapeutics should be approved by payers as they eventually lead to better outcomes.

In the context of diabetes, innovations in recent years have been seen in:

1. Therapeutics (primarily in the field of GLP1, SGLT2)

3. Software (such as closed-loop insulin dosing software and digital therapeutics)

4. Management protocols (such as remote monitoring)

Despite advances in all these categories, these products are generally challenging to get payer reimbursement in the MENA region.

One way to tackle the future of chronic disease reimbursement is to apply a ‘companion platform’ approach, where the use of therapeutics, products, or services will only be reimbursed when performed in conjunction with a platform that uses data to be able to generate better outcomes for their patient population. This approach has been used in companion diagnostics (CDx), which are diagnostic tests used in conjunction with therapeutic drugs to determine their applicability to a specific person. In this case, an additional step is akin to a pre-approval process to get therapeutic approval by payers. A similar approach can be used to approve all the tools in diabetes management.

Every diabetes provider has access to the latest therapeutics or medical devices. No healthcare provider has an advantage over another when choosing the optimal care plans for their patients. However, some tech-enabled providers deliver far superior outcomes when implementing innovative models of care compared to traditional providers. Every dollar spent reimbursing these providers can provide exponentially better value from a payer perspective.

Let’s take an example of two providers in the UAE that have openly reported outcomes but produce varying clinical results.

GluCare.health has reported patient outcomes under its novel continuous model of care and uses digital therapeutics to allow clinicians to make therapeutic decisions in real-time.

In comparison, a traditional provider in the UAE, Imperial College London Diabetes Center, has access to the same therapeutics and medical devices and has managed patients for over a decade under the more traditional episodic model of care. Self-reported results are reported below:

It is interesting to note that, in this case, the traditional provider has been managing its patient population for up to ten years. Yet, despite all the innovations in the diabetes space over this period, their patients are still, on average, poorly controlled (HbA1c > 7). To a payer, whether an insurance company or government, it is clear that whatever is being reimbursed under the notion of ‘diabetes management’ is simply not working in the existing models of care.

Payers can expect exponentially better returns on the reimbursement of drugs or medical devices when used in conjunction with companion platforms that utilize data and continuous monitoring, as opposed to episodic approaches, simply because ongoing engagement produces better value via improved outcomes.

I believe scenarios will emerge where insulin pumps, CGMs, and the newer, more expensive therapeutics will be reimbursed by payers only if utilized under certain conditions and within specific clinical contexts. Not all patients will receive payer approval of such products if managed under certain providers. This might be difficult to grasp or accept for patients who have historically been free to choose where they receive care. However, considering that most payers currently make it very difficult to get such approvals, the adoption of companion platforms could be an excellent step to start the shift towards a performance-based reimbursement model. This forces everyone to start reporting outcomes. Otherwise, providers risk losing patients altogether.

At GluCare.health, we’ve managed to integrate and utilize data coming from these devices in a completely new way different from traditional providers. We believe that the future of insurance benefit plans will define exclusions based on the provider’s transparency and model of care. Suppose that a payer approves the use of a particular product or service. The patient will need to be managed under a model of care that has shown evidence that these choices create value, measured in terms of transparent outcomes over short, medium, and long-term timelines. 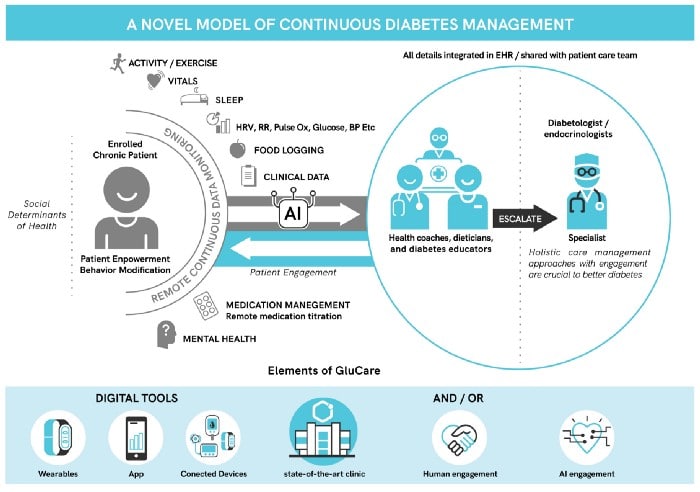